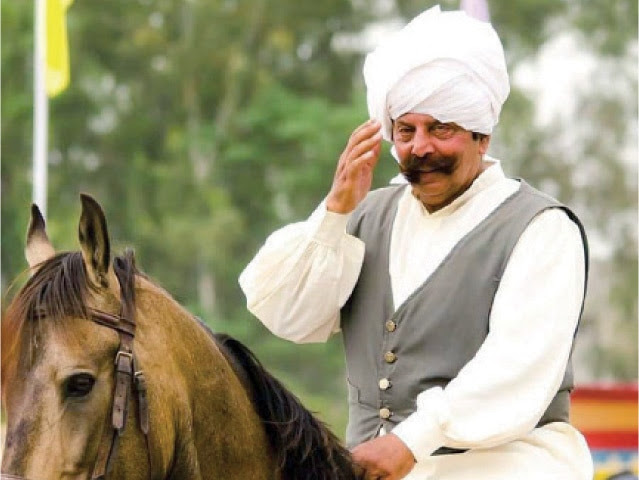 He got his early education from the Aitchison College Lahore, did his FSC from the FC College Lahore and thereafter proceeded to England for LLB. Since childhood, besides education he was also very fond of horse-riding and bodybuilding.

He not only materialised his fondness on his own but also had the honor of representing his country at several places.

In the year 1982, he participated in the Ninth Asian Games held in Delhi as the captain of the Pakistan spear-throwing team and succeeded in winning his session.

Moreover, he undertook a tour of Europe and South Africa to take part in several other tournaments. His title as the best horse-rider is symbolic of recognition of status of Pakistan in European countries. Besides, he was honored as the best horse rider in the National Horse and Cattle Show held in Lahore for several years.

In 1988, he contested election on the Islami Jamhuri Ittihad (IJI) platform.

Thereafter, in 1990 he again contested for an MPA seat from the Pakistan Muslim League platform and won it. In the next general elections, he was elected MNA.

After his father’s death in 1996, the entire responsibilities of the family and management of the estate rested on his shoulders so he said goodbye to politics.

Malik Ata also appeared in a BBC series “Michael Palin’s Himalaya Production” in which Palin met Malik Ata after visiting his hometown. In an interview with the British journalist, Malik Ata quoted his famous saying: “I am one of the last dinosaurs and it will all finish with me.”

He was also the subject of a short documentary produced by BBC “One Man and His Horse” in 1983.