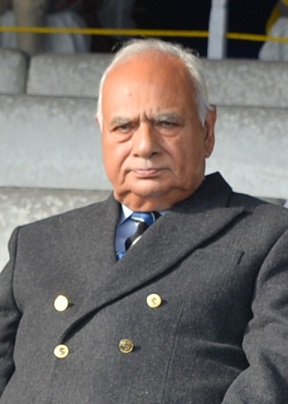 Aitchison College salutes the life of one of its truly great old boys, who passed away after a long illness. Syed Iftikhar Ali Bokhari was a gentleman, cricketer, politician and generous supporter of his beloved Aitchison. Educated at Aitchison College, Kings School Ely and Cambridge University, Iftikhar went on to serve as a Senator for Pakistan from 1988 to 1991. However, it was in the realm of cricket where he is possibly best remembered and regarded by many keen observers of the game as the best opening batsmen never to have represented his country.

‘Ifti’ (as he was fondly known) made his first-class debut in 1951–52 at the age of 16, opening the batting for the Punjab Governor's XI against Punjab University. He played for Cambridgeshire in the Minor Counties Championship in 1956, scoring 649 runs in seven matches at an average of 72.11, and won the competition's batting award. He played one match for Cambridge University, the first match of 1957. Returning to Pakistan, he played two matches as an opening batsman for Punjab in the Quaid-e-Azam Trophy in 1957–58, and two for Lahore in 1958–59. He was in outstanding form for Lahore in the inaugural season of the Ayub Trophy in 1960–61. In the opening match, he became the first player to score a double century in the Ayub Trophy when he scored 203 not out against Punjab University. In the semi-final he made 0 and 100 not out against Rawalpindi and Peshawar. In the final, he made 50 (Lahore's top score) and 4 not out, to finish the competition as the leading batsman with 357 runs at a mammoth average of 178.50. He scored his last first-class century in the first match of the 1961–62 season, when he made 106 against Multan. He played one match for Sargodha, captaining them in the Ayub Trophy in 1964–65, when he top-scored in both innings in a low-scoring match with 17 and 45 against Combined Services.

The Principal, Mr. Thomson, paid tribute to Iftikhar Bokhari. "While he obviously enjoyed a full and influential life, Iftikhar was, first and foremost, a gentleman through and through. His company was always sought and his contributions to the College delivered in ways that raised everyone's enthusiasm. He was such a positive man and a wonderful example for the younger generation to follow. As it was for so many others, it was my good fortune to have known him as a friend. I am sure that many old boys will be writing more about ‘Ifti’ in the coming days. Our deepest condolences are extended to his wife and family. We have lost one of our irreplaceable greats."

The College flag will fly at half-mast in honour of Syed Iftikhar Ali Bokhari. 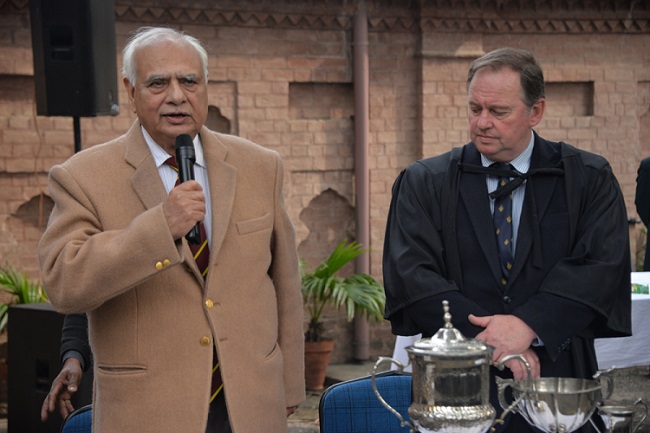