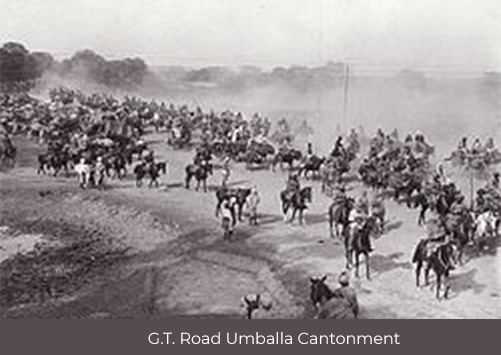 Aitchison College, by name, was established by the British as an elite institution with the objective of educating: "The relatives of the Ruling Chiefs of the Punjab, youths of good family, and the minors under the guardianship of the Court of Wards." Because of its seamless connection with the Wards College of Umballa, we are able to date our foundation back to 1868 when the original school provided Mr. Walter Robinson as Aitchison College's first principal and we received boys from that school. Reaffirming this, Sir Charles Aitchison declared at the 1886 opening: "The institution was the outcome of proposals which had been under consideration since 1864, and which had been partially realised since the establishment of the Wards School at Umballa."

Originally named as Punjab Chief’s College on 2nd January 1886, its foundation stone at the current site was laid on 3rd November, 1886, by the Earl of Dufferin and Ava, Viceroy and Governor General of India, "In the presence of a very large and representative assemblage, European and Native, including the Duke and Duchess of Connaught, the Countess of Dufferin, Sir Charles Aitchison, the Lieut. Governor of the Province and many of the Ruling Chiefs of the Province." Some days later on 13th November, 1886, it was renamed Aitchison College, thus honouring the services of Sir Charles Umpherston Aitchison through whose efforts the College was established.

On addressing the students in 1888,

This is an institution from which you will banish everything in thought and word and act that is mean, dishonorable or impure, and in which you will cultivate everything that is virtuous, true, manly and gentlemanly.

These words still inspire the College and remind us of its duty and that of every boy who enters through its gates. 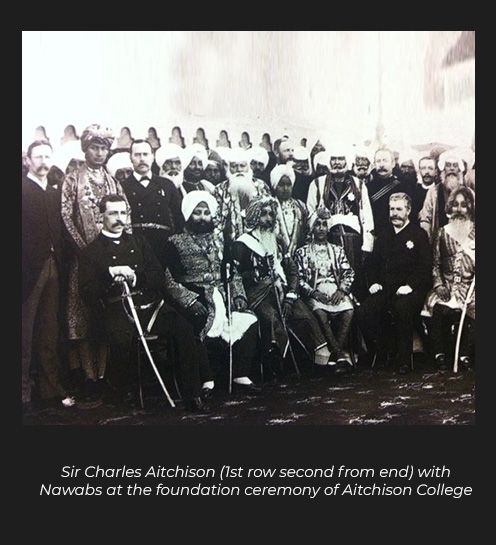 In 2022 the College celebrated the 136th Anniversary of its location at the current site. In that time 18 Principals have led the College and their photographs may be seen under Past Principals.

Construction of its most famous building – ‘Old Building’ (sometimes referred to as ‘Aitchison Hall’) – began in 1887 and was complete by 1890. Its existence is owed largely to three men: Bhai Ram Singh, Colonel Samuel Jacob and John Lockwood Kipling. This was the College’s first real school building for classes, after moving classrooms away from boarding houses and rented bungalows outside the school in Abbott road. The fashion of education that remained traditionally English Public School for much of the 19th and early 20th centuries is now modified for the fresh demands of a new era in which boys seek university places here in Pakistan as well as top American, British, Canadian, Australian and European universities. Aitchison has offered Cambridge curriculum since 1936 and also offers Aga Khan FSc as a national equivalent. 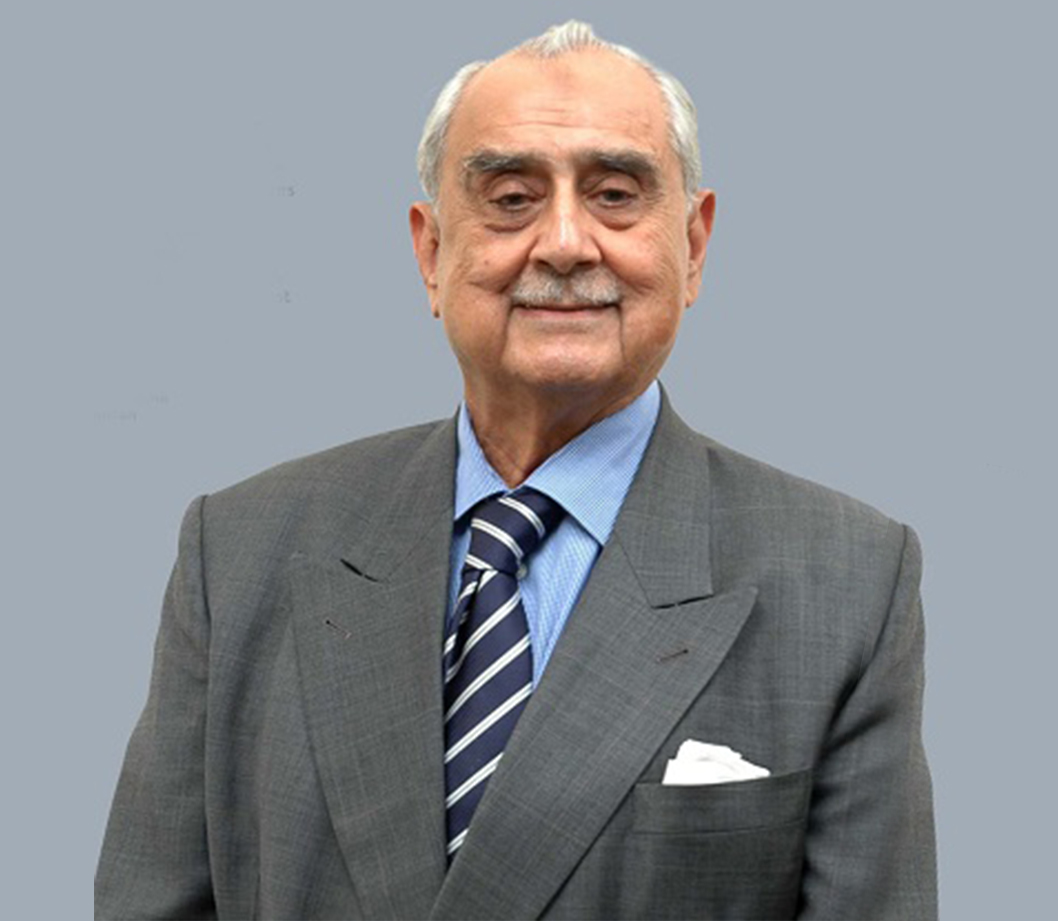 Today, Aitchison is a vastly enriched school with many facilities and fine buildings immersed in splendid playing fields and natural surrounds. Some of its past principals are honoured by buildings erected in their honour: Godley House, Leslie Jones House, Kelly House, Barry Block, Gwyn House, and Shamim Khan Hall. The College has also been well supported by generous benefactors over many years; most notably since Independence by Syed Babar Ali - past student 1933-1945 and revered national and international figure.

Aitchison’s long history has not been denied colourful and challenging moments. As with all great schools, it has dealt with them in its own peculiar way. What has survived into the 21st century is a school of 3000 boys where once there were only 12.

Earl of Dufferin unveiled the foundation stone of the 'Old Building'. 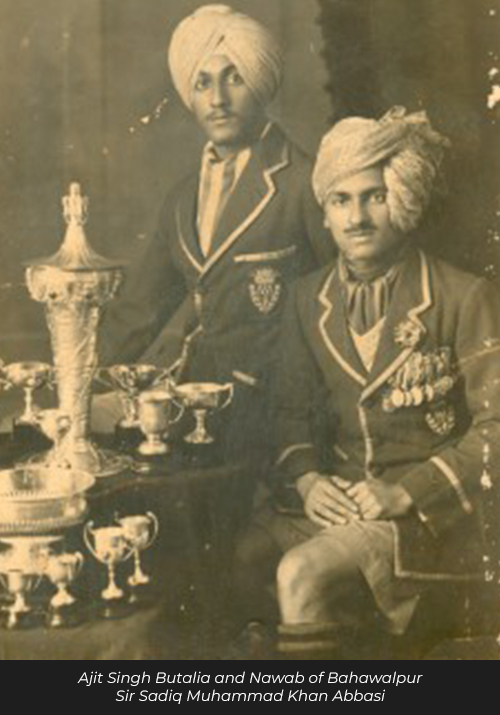 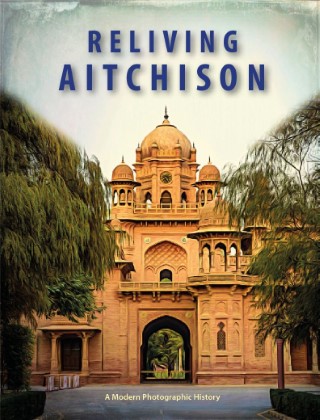 On sale at Alumni Office:

How to place an order 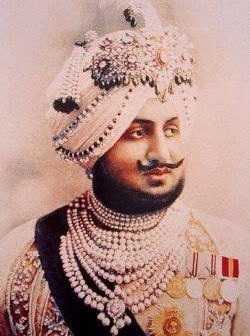