This conference was attended by various international delegations from all over the globe, notably delegations from Kuwait, Bahrain, Afghanistan, as well as Croatia, Cameroon and the Czech Republic. Not only were the delegates from all over the world but the chairs as well; DIMUN saw chairs from all over the globe, with chairs stemming from Sweden, Cameroon, Pakistan and Afghanistan, all of whom were highly experienced, having been a part of the dais at several international Model UN conferences such as RomeMUN and more. It was hence also extremely difficult for delegates to be able to adapt and cope with the different styles and methods of judging by each individual chair.

DIMUN prides itself in the Indian MUN Circuit for being a hub for experienced debaters to participate and push themselves to the limit in challenging, competitive and tough committee simulations which require you to not only be confident, well researched and composed but also quick on your feet , innovative and diplomatic. It hosts delegates from all backgrounds, cultures, traditions, styles and areas, which meant that this proved to be a great opportunity for the most experienced MUNners of our college to interact with such a diverse group of individuals, learn from them, exchange notes, skills and experiences, and also represent Aitchison College on the international platform to the best and utmost of our ability.

In addition, the topics in DIMUN were very inclusive, incorporating many of the world’s greatest issues with a different perspective than usually taken, such as the situation in South Asia, Reforming the very United Nations Security Council to make it more just, fair and inclusive for all, and most importantly the COVID-19 pandemic. However, our boys were not one to back down from a challenge and proved themselves to be living proof of our school motto, Perseverance Commands Success.

Despite every obstacle put in their way, the society proved its mettle once again winning 3 Best Delegate Awards, 1 Outstanding Diplomacy Award and 2 Honourable Mentions. The boys also outperformed every other delegation at the conference, and were awarded the Best Delegation Award, further making Aitchison proud and cementing our stature and repute on the international MUN scene as one of the best MUN Colleges there are, this being the second international Best Delegation achieved by the ACMUN Society in two weeks.

The ACMUN society like to thank the principal Aitchison College, Sir. Michael Thomson and Headmistress Senior School Ma’am. Amina Kamran for granting us with such a competitive MUN opportunity. We would also like to show our gratitude the Staff Advisor ACMUN Society, Ma'am Shazia Habib, for encouraging us to take up this opportunity. 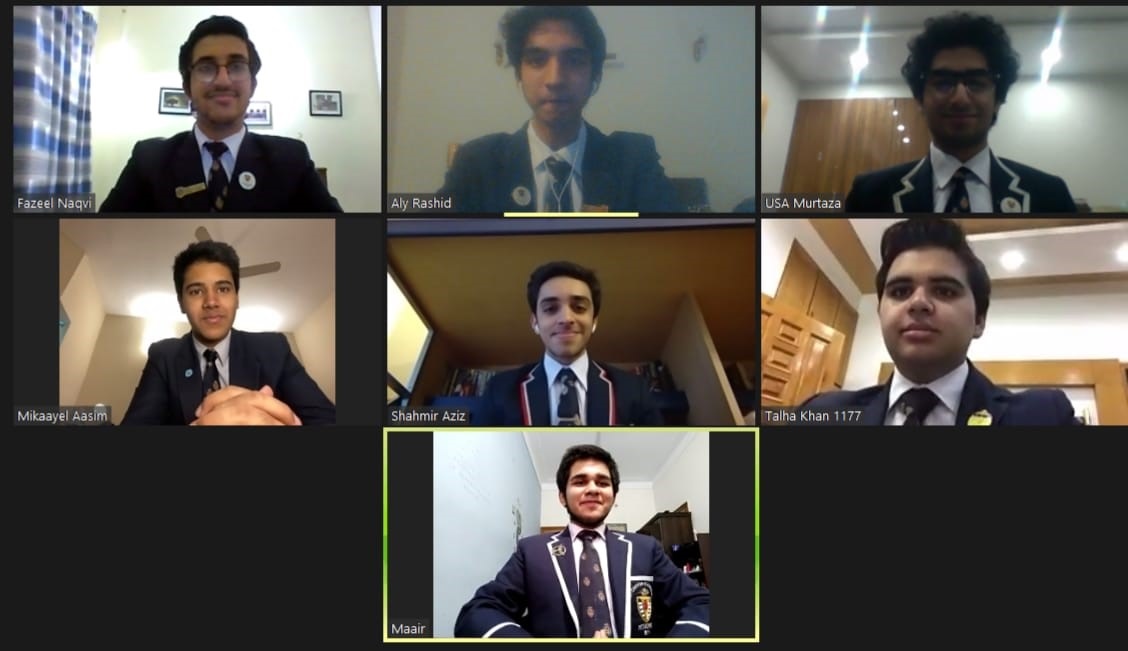