International Kangaroo Mathematics Contest was held on March 16, 2017 in Aitchison College. It was conducted under the supervision of HOD Mathematics, Mrs. Taneem Zaeem. Sixteen students took the test. Out of these sixteen boys, Shahmir Azir of M-2 and Hesham Muhammad Nawaz of H-1 were awarded Gold Medals for their brilliant performance. The remaining fourteen students were declared "badge winners." The regular after school Mathematics workshops and camps have played a big role in encouraging them to participate more confidently in these competitions. 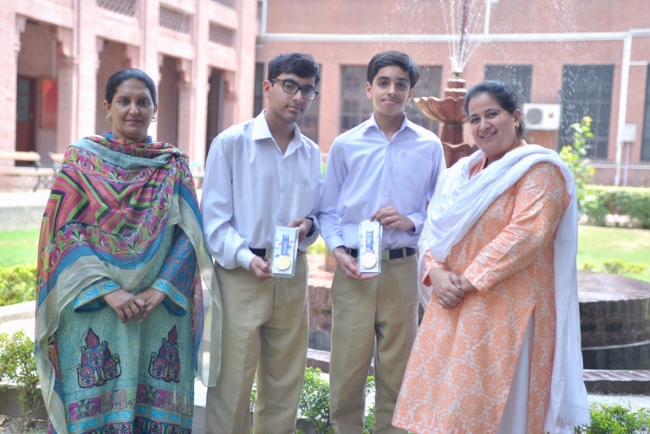