Plans have been finalized for an MCG electronic scoreboard. Architect and ‘old boy’ Faisal Haroon has been appointed to design a sympathetic building to encase the technology, which will allow boys to manage scoring via a Wi-Fi system. The board will also feature replay highlights and have multi-purpose extensions to athletics and other events. ACOBA’s enthusiasm and generosity in donating 2 million rupees has made this possible –the College making up the balance.

The Principal, Mr. Thomson, believes that by taking this initiative Aitchison will be doing what many of the great cricket schools have already done in the UK –“only we will do it better”, he says. “Eton, Harrow, Marlborough and Wellington have all taken this initiative and added laptop scoring as well. Mr. Thomson said, “Most of England’s old pavilions have needed upgrading as the old fashioned ways of scoring have died away. The beauty of our plan is that Aitchison’s new scoreboard will not interfere or ‘compete’ with the Rab Pavilion as it will be situated some 50 metres away and closer to the Academy nets, and nestled in the trees –easily viewable from all angles. Electronic systems encourage schoolboy scorers in the technology of their time, improve accuracy, keep people updated and in the game, and raise the attractiveness of Aitchison as a potential venue for major fixtures. Ours will have a clock and tiled roof to match the cricket pavilion.” Work commences in July. 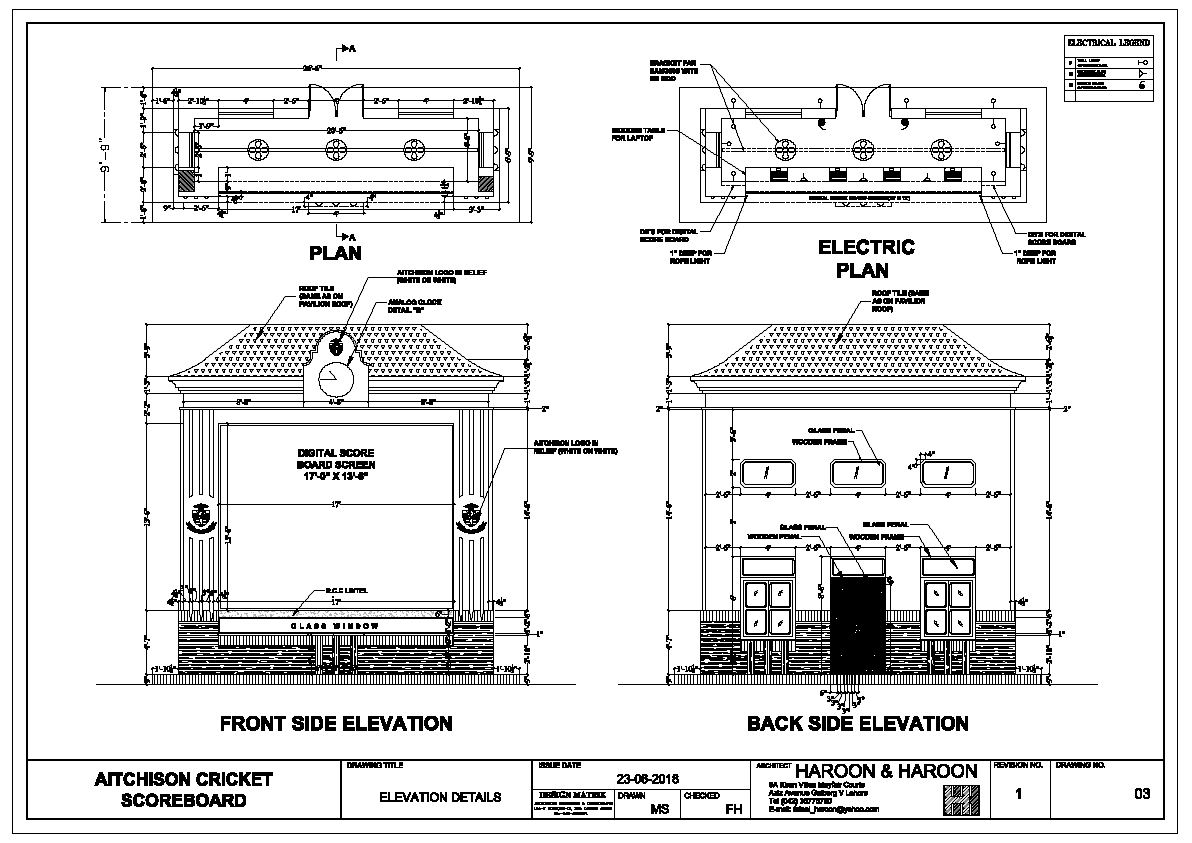