Our Prize-Giving Day acknowledged the best scholars and contributors to co-curricular life. The Head Boy, Hamza Irfan, opened proceedings with a general welcome. The Principal, Mr. Thomson, outlined the achievements in a stellar year for the College in academics, co-curricular and sports, and outlined future projects. He pointed out how much the College supported education beyond its immediate responsibilities and that it operated as a true, not for profit institution supporting two charity schools for boys and girls. He said: “Atchison is a republic of education.” He welcomed the Chief Guest whose extended welcome was an honour passed to Barrister, old boy, former Attorney General Punjab and Member of the Board of Governors Mustafa Ramday. Mr. Ramday spoke at length about the Chief Minister’s life and achievements. 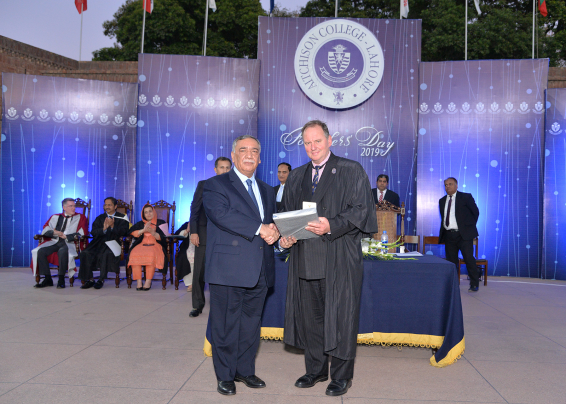 In what was a memorable reply, the Chief Justice emphasized the importance of character development and education that stretches boys’ minds beyond the mere necessity of grades. Recounting his own path to success from very humble beginnings, the audience was captured by the gentle authority of this remarkable man’s words. He recounted that his father was a ‘visionary’ who believed strongly in education being a passport to the future, quoting: “My father said he would sell the clothes off his back to educate his children.” From not being able to afford Chief’s College, nor being born a Chief, our distinguished guest delighted the audience when he observed that he was now a Chief Justice, Chief of his tribe and could now lay claim to attending Chiefs’ College! “Some people are born chiefs while others have to work very hard to become them,” he said to rousing applause in the Amphitheatre. An outstanding scholar himself having topped the Punjab examination system, graduated and Master in English Language and Literature at the University of Punjab, later Master’s Degree from Queen’s College, Cambridge in both English Literature and Law, the Chief Justice said learning "never ends as it is a lifetime process." He indicated that after retirement he would pursue his Ph.D. at Cambridge. The Chief Justice was so generous with his time and in having his photograph taken many times with keen admirers. We thank him for being our distinguished chief guest for 2019. Head Boy Hamza Irfan then addressed the College and especially his leaving batch. All H2 boys received mementos presented by the Chief Justice. 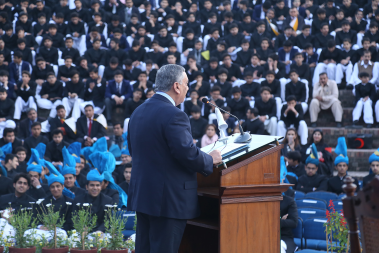 The Chief Justice addressing the College 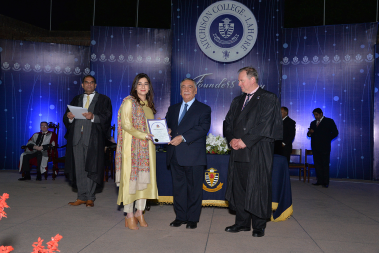 The Chief Justice presented many prizes 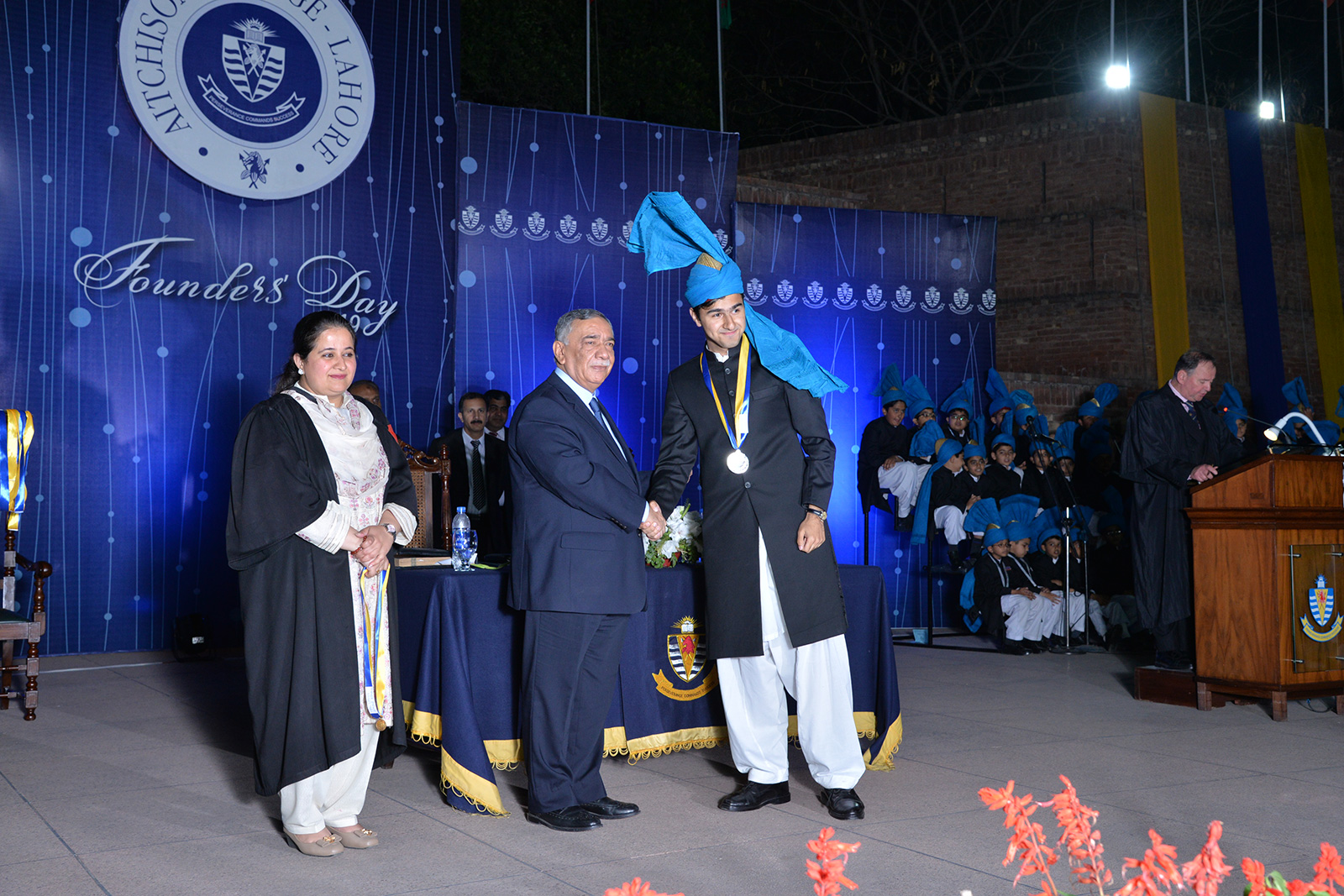 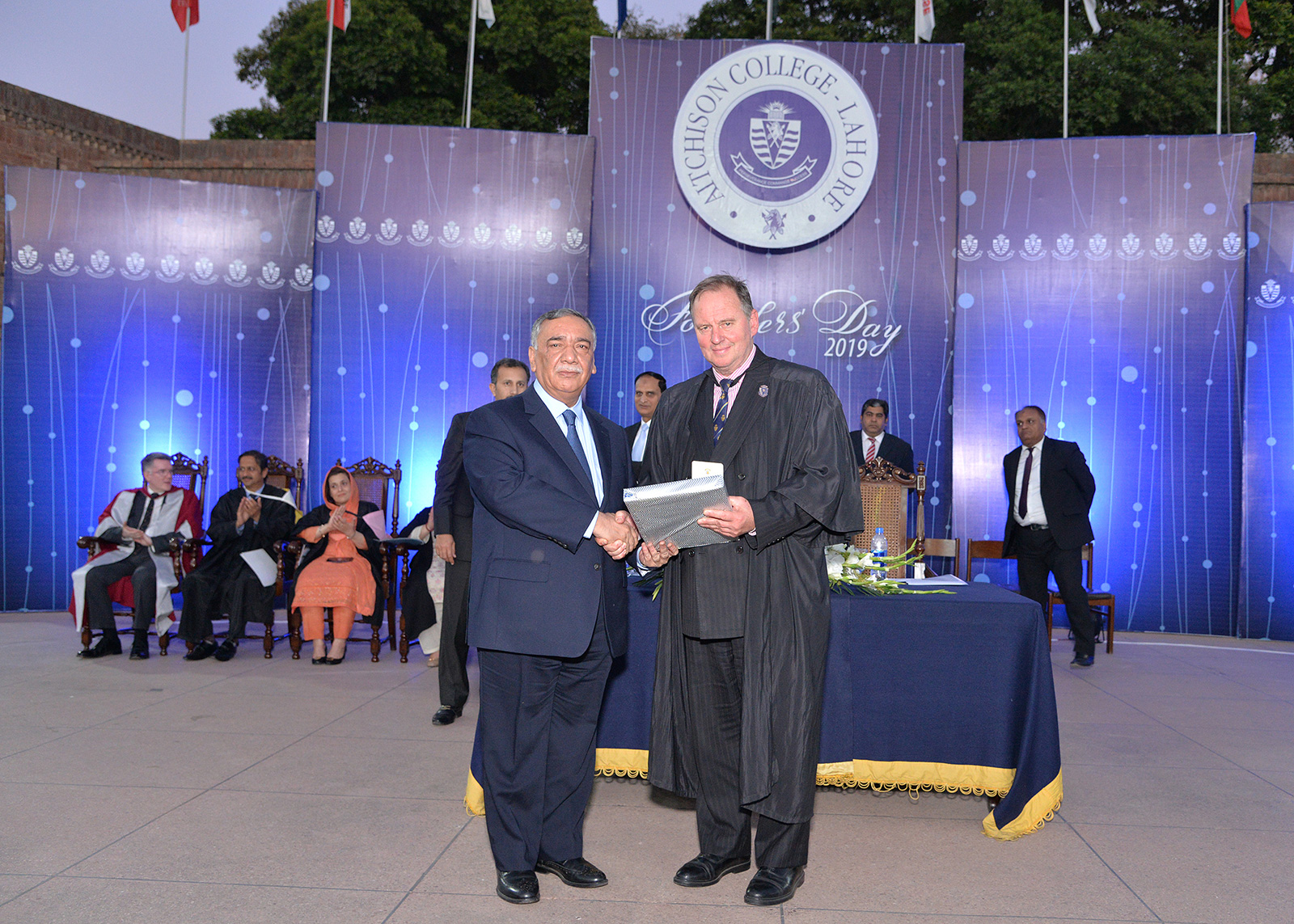 The Chief Justice being presented with a copy of Reliving Aitchison – A Modern Photographic History. 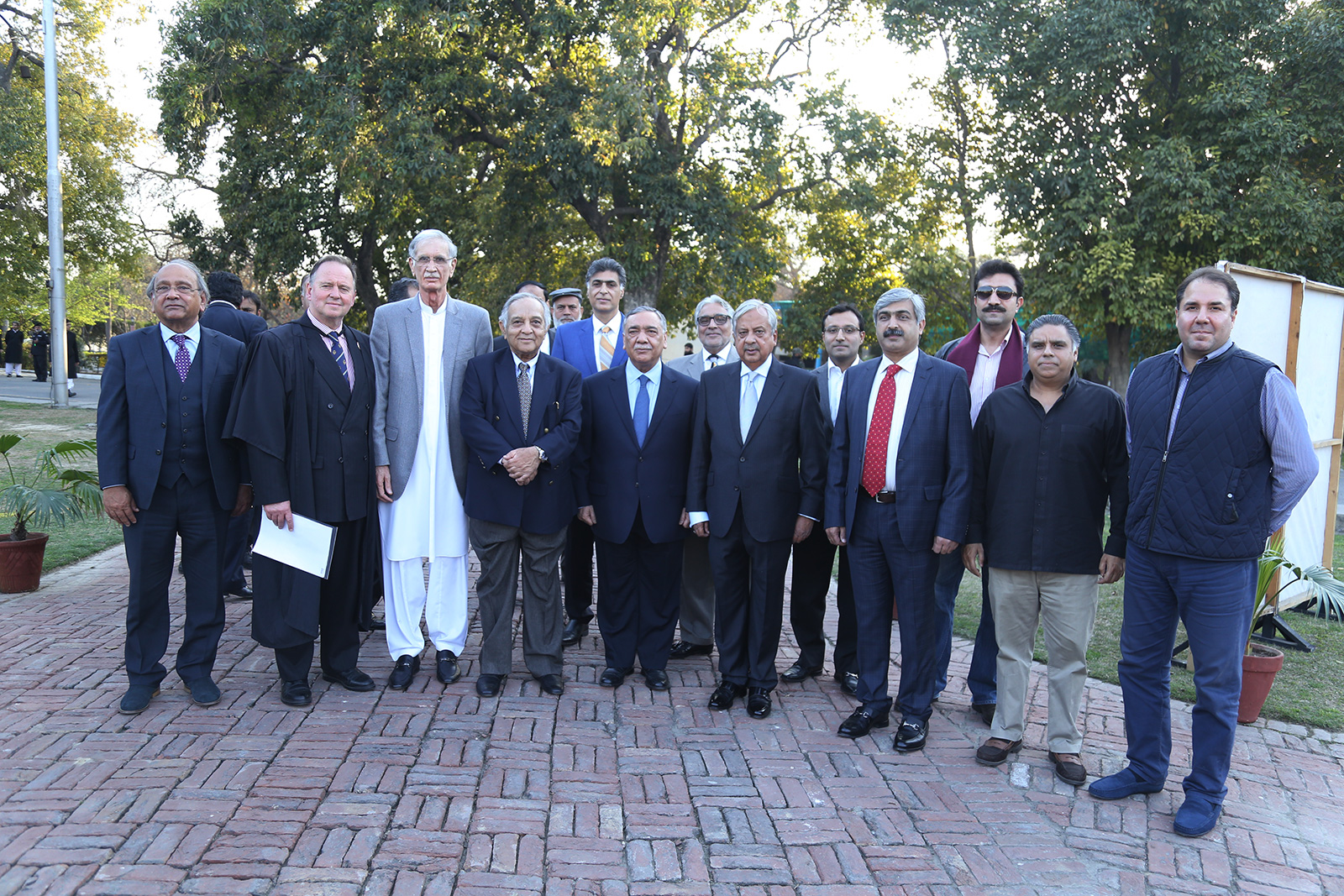 The Chief Justice with Old Boys and the Minister for Defence, Pervaiz Khattack flanked by the Principal and President of ACOBA.