For the first time since 1972, Aitchison has bagged the best  and most sentimental trophy in hockey. Coach and Director of Hockey Mohammad Saqlain deserves high praise, along with his assistant coaches for preparing the boys so well. All boys played superbly throughout this tournament winning three close finals with special congratulations to Captain Muhammad Usman and Vice Captain Miangul Saad Sikander. This is a team that lost several early season matches to rise to the top level. Perseverance Commands Success!

The new synthetic pitch has certainly elevated skills and enjoyment. Enhanced teamwork was easily transferred to the grass in a 3 -2 victory over an excellent opposition and multiple champion team Dhing Shah School Kasur, at the Ali Institute.

A record number of boys now play hockey and the house competitions are keenly contested. Aitchison is presiding over a rejuvenation of the National Game. 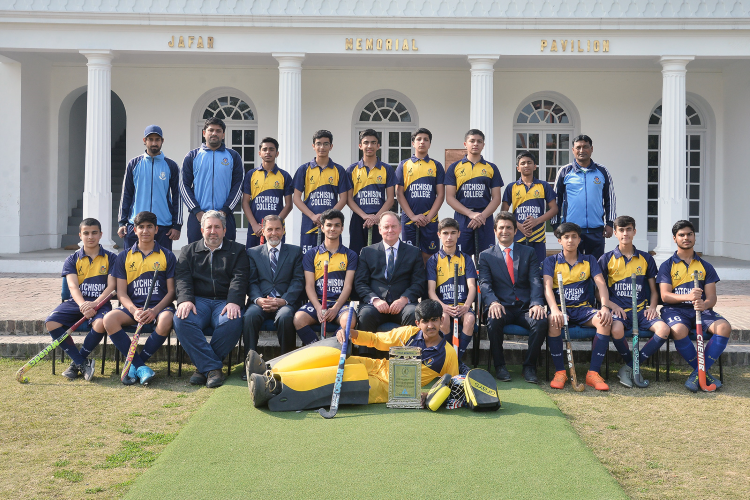