On 14th August 2019, Aitchison College celebrated Independence Day with a flag hoisting ceremony, held in the shadows of the Old Building.

The ceremony began with the hoisting of the flag; the Principal and Head Boy raised the National Flag, together. This was followed by the Head Boy’s speech, in which he spoke about the need for reflection on our contribution to Pakistan, and the serious pledge that we need to make to ourselves and our country. The Principal then spoke about the critical role schools and universities play in nation building, also emphasizing not to forget our history and the struggles of our heroes. Following the speeches, the National Anthem was sung with great fervour by all present, staff and students. The ceremony ended with the recitation of the Holy Quran and a prayer for the nation.

The flag hoisting ceremony was attended by prefects including student academic council, college team captains, and students from the Girls and Boys' Campus Schools, and all resident staff. 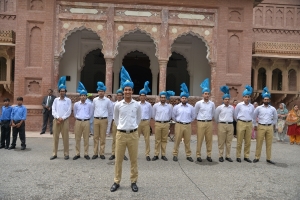 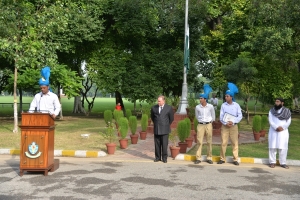 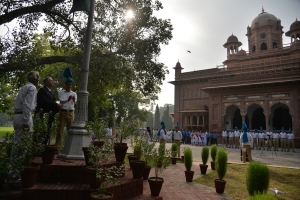 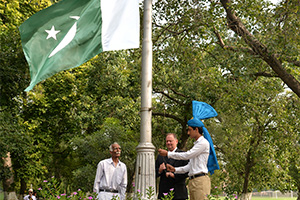 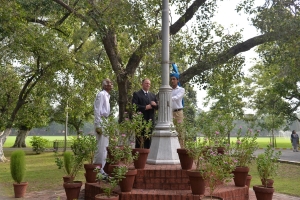 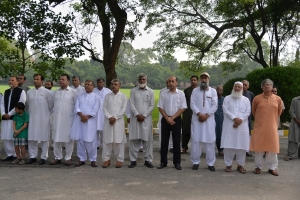 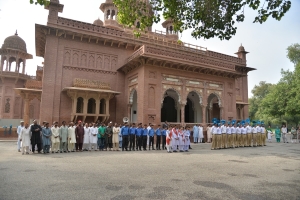 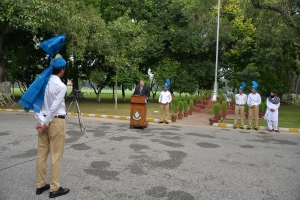 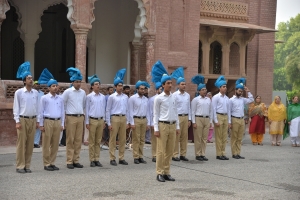