Almost 78 years after the initial opening of the pavilion, Aitchison College held the re-opening of the Jafar Memorial Pavilion and the opening of a new Memorial Ground field on Saturday, November 2nd, 2019.

The College is one of two schools in Pakistan to provide such a surface, and has done so to promote the modern game that has left its grass equivalent behind. The new 'turf' is largely maintenance-free.

In a commitment to the game, a whole school program has been devised to deliver excellence in the national game of hockey, with former Olympian Mohammed Saqlain being appointed Director Hockey. We have already seen vast improvements in hockey skills and a large number of boys are signing up for the modern game.

The event included an exhibition match by the teams of College XI and the ACOBA members, including AC Olympians Hassan Sardar, Ayaz Mahmood, and Syed Qasim Zia, followed by matches between two highly ranked Pakistan A & B hockey squads.

Our gratitude goes out to the Governor of Punjab, the Board of Governors, Syed Babar Ali, AC architect/old boy Faisal Haroon, the ACOBA members, the Bursar, the Heads of School and Games Department, and TS Builders, who all gave their full efforts to conserving and refreshing the iconic pavilion, accompanied by a modernized field. 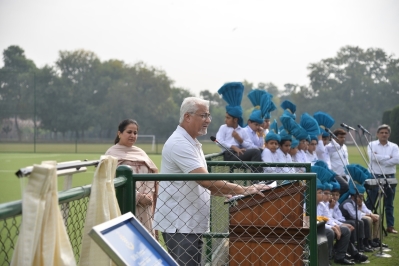 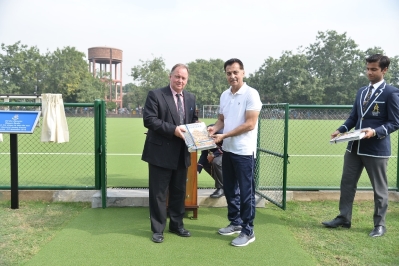 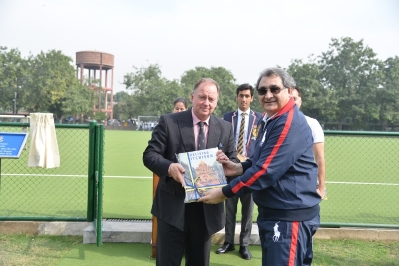 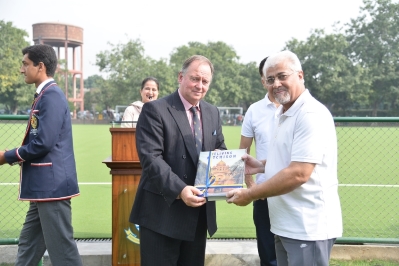 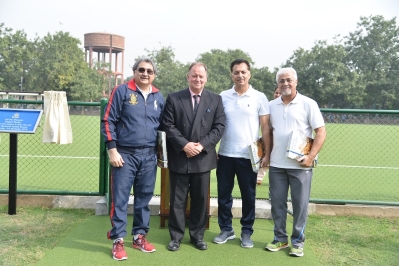 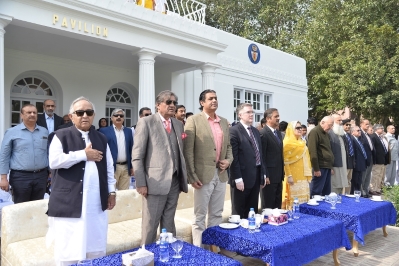 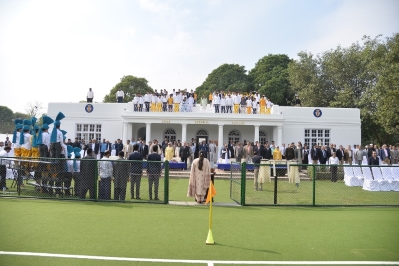 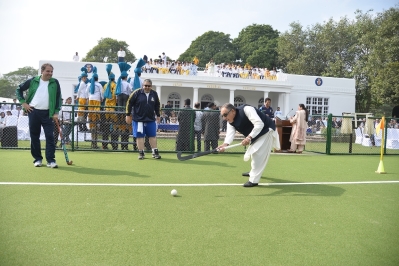 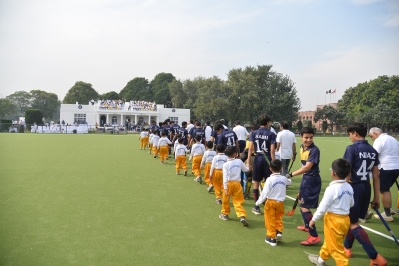